The other weekend we went to see Hootie and The Blowfish with Barenaked Ladies as their opener! The show was FAN-TAST-IC!

...we also got pretty awesome seats: Section B, row 33...so we were, like, RIGHT in front of them but not so close we had to break our necks to see.


We got there super early because we wanted to avoid traffic. And since we both had off work that day, it worked out well. I think we showed up a little before 6 and the gates opened AT 6:00PM.

So we got a drink, got some t-shirts and found our seats. 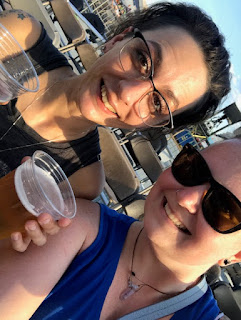 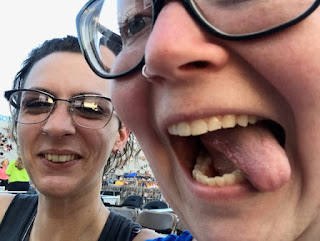 The Barenaked Ladies did an awesome job starting the show. The lead singer is super funny and his fast-singing still rocks. They did a few songs from their new album and then some that you'd recognize ( Big Bang theme song, All Star ) Great way to kick it off. 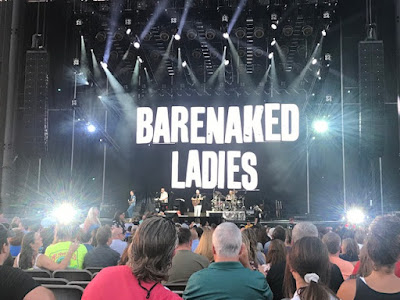 Then Hootie came on. Darius Rucker looks like a totally different person, it's insane! They played some new stuff, and their classics like Hold My Hand and Let Her Cry. Plus they did Darius' newest song. We left after that to avoid the traffic. Of COURSE they played Wagonwheel as we were walking to the car...so that made me sad. But it was so full there that we would've spent another hour trying to leave if we stayed until the end. 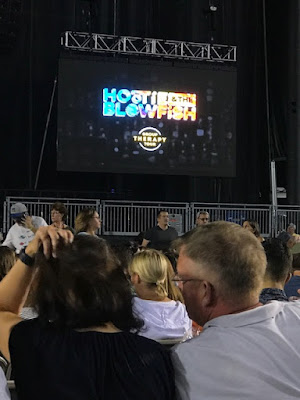 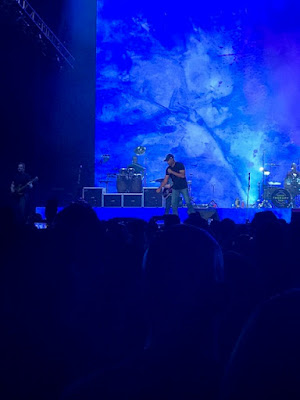 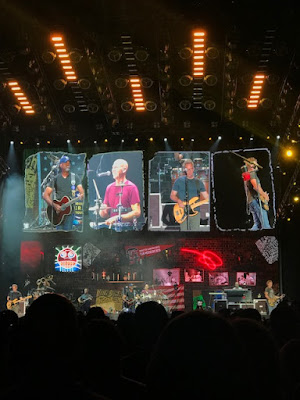 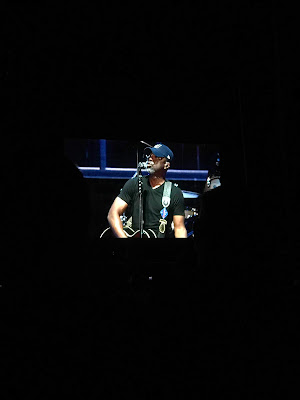 We got home from Hershey at around 11:30...waaaaaaaay passed my bedtime.

It was a good show and I'm glad we went. But I definitely realize how old I am, haha!